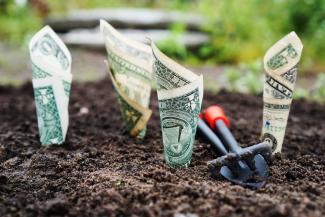 Favorable tax treatment is one of the main reasons for buying an annuity. But what exactly are the tax benefits? And are there any drawbacks? It's important to know the answers to these questions before deciding whether to purchase an annuity.

Of course, any information pertaining to taxes is complex, full of exceptions, and subject to change. Annuities may be funded with after-tax dollars, or they may be purchased within a tax-advantaged plan such as an IRA or 401(k). This discussion deals with the general rules for taxation of annuities funded with after-tax dollars--you should consult a tax advisor for more specific information before you take any action.

The after-tax money you pay into an annuity (in the form of premiums) is nondeductible. By placing funds in an annuity, you will not realize any current income tax savings, which you might receive by putting money into a traditional IRA, 401(k) plan, or other employer-sponsored retirement plan.

Unlike most investments, an increase in the value of an annuity from interest is not currently taxable. Generally, annuity funds are allowed to grow tax deferred until they're distributed, at which time the owner will pay ordinary income tax on all gains.

Withdrawals taken before age 59½ may be subject to a 10 percent IRS penalty tax unless an exception applies. When you make a withdrawal from an annuity, the IRS assumes that earnings are withdrawn first. The 10 percent penalty applies to the earnings portion of a withdrawal. So, early withdrawals are costly from a tax standpoint.

Note: Annuity guarantees are subject to the claims-paying ability of the annuity issuer.

Note: Variable annuities are long-term investments suitable for retirement funding and are subject to market fluctuations and investment risk including the possibility of loss of principal. Variable annuities contain fees and charges including, but not limited to mortality and expense risk charges, sales and surrender (early withdrawal) charges, administrative fees and charges for optional benefits and riders. Variable annuities are sold by prospectus. You should consider the investment objectives, risk, charges and expenses carefully before investing. The prospectus, which contains this and other information about the variable annuity, can be obtained from the insurance company issuing the variable annuity, or from your financial professional. You should read the prospectus carefully before you invest.