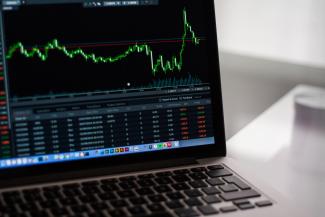 When it comes to investing in bonds, one of the first factors to consider is yield. But what exactly is "yield?" The answer depends on how the term is being used. In the broadest sense, an investment's yield is the return you get on the money you've invested. However, there are many different ways to calculate yield. Comparing yields can be a good way to evaluate bond investments, as long as you know what yields you're comparing and why.

People sometimes confuse a bond's yield with its coupon rate (the interest rate that is specified in the bond agreement). A bond's coupon rate represents the amount of interest you earn annually, expressed as a percentage of its face (par) value. If a $1,000 bond pays $50 a year in interest, its coupon rate would be 5%.

Current yield is a bit different. It represents those annual interest payments as a percentage of the bond's market value, which may be higher or lower than par. As a bond's price goes up and down in response to what's happening in the marketplace, its current yield will vary also. For example, if you were to buy that same $1,000 bond on the open market for $900, its current yield would be 5.55% ($50 divided by $900).

If you're concerned only with the amount of current income a bond can provide each year, then calculating the current yield may give you enough information to decide whether you should purchase that bond. However, if you're interested in a bond's performance as an investment over a period of years, or want to compare it to another bond or some other income-producing investment, the current yield will not give you enough information. In that case, yield to maturity will be more useful.

Yield to maturity is a more accurate reflection of the return on a bond if you hold it until its maturity date. It takes into account not only the bond's interest rate, principal, time to maturity, and purchase price, but also the value of the interest payments as you receive them over the life of the bond.

Example: If you paid $960 for a $1,000 bond and held it to maturity, you would receive the full $1,000 principal. That $40 profit is included in the calculation of a bond's yield to maturity. Conversely, if you bought the bond at a $40 premium, meaning you paid $1,040 for it, that premium would reduce the bond's yield because the bond would be redeemed for $40 less than its purchase price.

Yield to maturity lets you accurately compare bonds with different maturities and coupon rates. It's particularly helpful when you're comparing older bonds being sold in the secondary market that are priced at a discount or at a premium rather than at face value. It's also especially important when looking at a zero-coupon bond, which typically sells at a deep discount to its face value but makes no periodic interest payments. Because all of a zero's return comes at maturity, when its principal is repaid, any yield quoted for a zero-coupon bond is always a yield to maturity.

Note: Because zero-coupon bonds do not pay interest until maturity, their prices tend to be more volatile than bonds that pay interest regularly. Interest income is subject to ordinary income tax each year, even though the investor does not receive any income payments. Bonds sold prior to maturity may be worth more or less than their original cost.

When it comes to helping you estimate your return on a callable bond (one whose issuer can choose to repay the principal before maturity), yield to maturity has a flaw. If the bond is called, the par value will be repaid and interest payments will come to an end, thus reducing its overall yield to the investor. Therefore, for a callable bond, you also need to know what the yield would be if the bond were called at the earliest date possible. That figure is known as its yield to call. The calculation is the same as with yield to maturity, except that the first call date is substituted for the maturity date.

A bond issuer will generally call a bond only if it's profitable for the issuer to do so. For example, if interest rates fall below a bond's coupon rate, the issuer is likely to recall the bond and borrow money at the new, lower rate. The larger the spread between current interest rates and the original coupon rate, and the earlier the first date the bond can be called, the more important yield to call becomes.

It's also important to consider a bond's after-tax yield: the rate of return after taking into account taxes (if any) on the income received. A tax-exempt bond typically pays a lower interest rate than its taxable equivalent, but may have a higher after-tax yield, depending on your tax bracket and state tax laws.

Example: Bond A is a tax-exempt bond paying 4%; Bond B is a taxable bond paying 6%. For purposes of this illustration, let's say you're in the 35% federal tax bracket and pay no state taxes. Bond A's after-tax yield is 4%, but Bond B's yield is only 3.9% once taxes have been deducted. Bond A has a higher after-tax yield. Note that in some states you will have to pay income tax if you buy bonds that have been issued by other states. In addition, while municipal bonds are not subject to federal income taxes, they may be subject to federal, state, or local alternative minimum taxes. If you sell a tax-exempt bond at a profit, there are capital gains taxes to consider.

Bond maturities and their yields are related. Typically, bonds with longer maturities pay higher yields. Why? Because the longer a bondholder must wait for the bond's principal to be repaid, the greater the risk compared to an identical bond with a shorter maturity, and the more reward investors demand.

On a chart that compares the yields of, say, Treasury securities with various maturities, you would typically see a line that slopes upward as maturities lengthen and yields increase. The greater the difference between short and long maturities, the steeper that slope. A steep yield curve often occurs when investors expect a faster-growth economy and rising interest rates; they want greater compensation for tying up their money for longer periods. A flat yield curve means that economic projections are relatively stable, so there is little difference between short and long maturities. 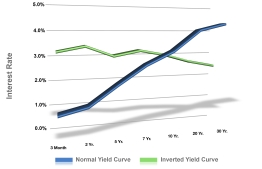 Sometimes the yield curve can become inverted when short-term interest rates are higher than long-term rates. For example, in 2004 the Federal Reserve Board began increasing short-term rates, but long-term rates didn't rise as quickly. A yield curve that stays inverted for a period of time is believed to indicate that a recession is likely to occur soon.

Important facts to remember about yield to maturity

If you sell a bond before it matures, your effective yield could be different from its yield to maturity.

All investing involves risk, including the potential loss of principal, and there is no guarantee that a bond will be worth what you paid for it when you sell. Specific risks associated with bonds include interest rate risk (potential loss of value from a rise in interest rates), inflation risk (decline in the purchasing power of a bond's interest payments), liquidity risk (difficulty selling a bond), and default risk (if the issuer defaults on payments or repayment of principal).